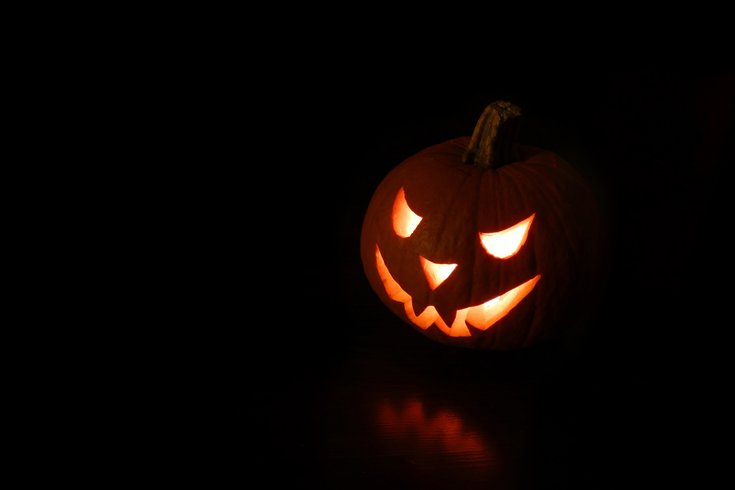 I think Halloween is a prime example of a horrendous habit the body of Christ practices.

Yes, I can hear it already.. “He’s going to rebuke Halloween!” You’re saying this is one of two tones of voice. In the first, you scoff, saying, “who does this man think he is?” The less common may feel encouraged, feeling as though your views will be reinforced.

Yet, I would not suffer to speak lest the lesson be ripe for harvest towards both parties. So what do I, the commoner such as yourself, have to say regarding traditions of late which plagiarizes its practices from traditions of old?

Beloved, I wouldn’t dare say we ought to compromise with the ways of the world. The word of God is very clear that we are to be set apart from it. Yet many would confuse these teachings with the radicalization of Christianity which causes us to slander, and even obsess over implementing a moral standard which the world refuses to live by.

So I would refer back to the opening statement.. “Halloween is a prime example of a horrendous habit the body of Christ practices.” Truth be told, it’s not Halloween itself, but instead, the practice in which we attempt to correct the world, who doesn’t live by our standard, rather than correct each other.

This yet sings a song of victory on my behalf, and it is not victory I seek, though the doubters and the listeners, by now, ought to be offset. However, if teaching is to maintain integrity, then I would be a repetitive fool to not realize the question that is begged as you read this, “where is that in scripture?”

May I then propose a philosophical understanding of 1 Corinthians, Chapter 5. This chapter is best known for the coined phrase, “a little leaven, leave a the whole bunch.” In the chapter, Paul addressees the issue of sexual immorality in the Church in Corinth, a level which even Pagans did not understand.

Nonetheless, we focus a great deal on Paul’s rebuke of practices within the church which are detestable in the eyes of the Lord, but Paul draws a stark comparison toward the end of the chapter when he says, “For what have I to do with judging outsiders? Is it not those inside the church whom you are to judge?” (1 Corinthians‬ ‭5:12‬)

Worldly traditions are a prime example of a horrendous habit the body of Christ practices, and the problem isn’t the worldly traditions.. the problem is 1 Corinthians 5:12.. the problem is we focus primarily on rebuking the world, rather than rebuking ourselves within. No, not within ourselves, per se.. our depression and anxiety proves we afflict ourselves enough as it is, void of Gods love and forgiveness.. but unlovingly, and in an attempt to be apart from the world, we have grown to hate the world which God so loved and gave his one and only Son to die for.

Cowards. Yes, I petition that you are cowards. For how easy is it to fight an enemy which has no desire to fight back? You look at a world which practices depravity, and has too much fun doing so to care what you say or think, and you speak down on them as if the Father removes Christ from his right hand, and exalts you onto Jesus’s then empty throne.

You’re not a coward because you stand against Halloween, the believers who pay no mind to such things are in better standing than you. You’re a coward because you continuously pick fights with an enemy who has no intention of fighting. Furthermore, they are not an enemy, yet you rattle your sword against your shield as you engage them anyways.

“Nathaniel, are you standing up for evil doers?” This question alone proclaims the identity politics hiding behind church walls. “If you’re not with us, you’re with them!” Yet the unfortunate truth is, upon the day of judgement, you will be charged with fighting evil with evil, and hatred with hatred.

What a heart-wrenching substitute we’ve found, and how incoherent we must be to not recognize that when the Bible tells us to “rebuke with full authority,” that it is aimed at the wicked practices of the Church, and not the wicked ways of the world.

Why are you surprised the world is wicked? Have you not been told? Why then would you take your exhortation to traditions, rather than to those who practice them?
What I have spent years, pressed under the Holy Spirit, has been biblical. Which of you could state that I have lied to you yet? My heart yearns day and night for the bride of Christ to be found worthy of his grace. Daily I am tormented, not with the malpractices of the church as you are, but with the unloving and degenerate response I see pouring out of our wounds.

Our gashes are the result of their wickedness, yet these wounds we neglect in tending to, seeing it better fit that we might bleed all over the blind as though it is our blood which washes them clean. We ought to hurt because we love them, but as of late, our mourning has been the result of us not having our way.
You, who slander the wicked, rather than come to them in exhortation and love, have claimed to know that the world is fallen, yet you expect it to follow the ways of God.

Halloween is a prime example of a horrendous habit the body of Christ practices, and this habit is hypocritical in nature. Yet you are so blinded by what is right that you neglect to see the unrighteousness in your rebuke. You neglect to recognize the your failure in 1 Corinthians 5:12. We are told time and time again that our correction is to be aimed at other believers and NOT those still entrapped by the devil and his entertainments.

To this very practice I speak to you, not in condemnation, “O’Foolish Galatians,” but with a Spirit led blend of encouragement and exhortation.. I make my plea to you as an equal, as a brother, that we would not be perplexed by the ways of the world which we know to be wicked, but by enticing each other towards correction.

I remind you, fearfully, that your biblical examples of correction is misled. That you have presumptuously assumed these verses are aimed towards the ways of the world, rather than at each other..

“For what have I to do with judging outsiders? Is it not those inside the church whom you are to judge?” (1 Corinthians 5:12)

As for outsiders, 1 Peter 3:15[b] says, “always being prepared to make a defense to anyone who asks you for a reason for the hope that is in you; yet do it with gentleness and respect,”