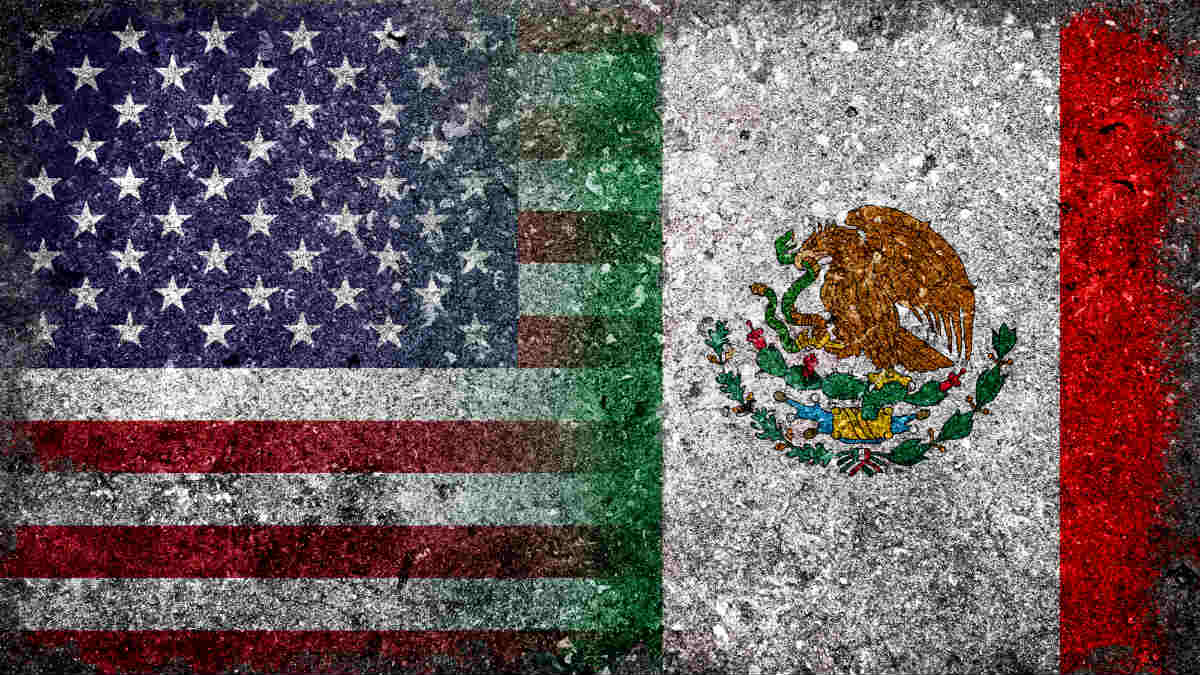 I wanted to wait a day to post this, as it’s best we pause at the thought of war and really think about what we could be getting ourselves into. In a recent development, President Andrés Manuel López Obrador has responded to POTUS, saying he will withhold from requesting US Military Aid in light of the 9 dead Americans outside of La Mora, Sonora, MX.

It didn’t take Donald J. Trump stepping into the Oval Office for Americans to understand the humanitarian crisis these Cartels pose. We first saw it as, “the neighbors dog can do whatever it wants as long as it stays in his yard,” but soon after it turned into families being torn apart by the hands of addiction.

While Americans struggled with drugs, pushed on us through sleek ivory Hospitals all the way to the street corners of minority communities, Mexico has dealt with something much greater. I don’t want to step out of line with a few personal stories from a loved one.. but as many of you know, the wonderful woman I’m marrying this Sunday, is Hispanic. Now I don’t mean, second or third generation either. English is Jessii’s second language and she spent a great chunk of her childhood in Mexico, and in my year of knowing her, I have met some of the most incredible people who are members of her family, of friends thereof.

Jessii will often take me to many of their parties. The heartwarming imagery of innocence and family spending time together causes me to cherish their culture with slight envy, as I look at people of all ages dance around to music that reminds them of home, cookout lines of all you can eat Mexican food, Tecate, and children playing in the grass. I sit and watch as I slowly forget that I’m on U.S. Soil, and start to feel like I’m on vacation in paradise.

When Jessii was just a young girl, about 10 or so, her Brother was murdered by the Cartels. The sad part is, he wasn’t their target, but when the Cartels put a hit out on someone, they kill everyone who even witnesses the crime.

Jessii’s brother was chased down, and the Sicarios shot him over 60 times.

I moved to Phoenix, AZ in 2017, and through meeting Jessii I have had the honor of sharing her wonderful culture. A few of these people we know, likewise, have lost a family member to Cartels they weren’t involved in. What happened the other day in La Mora wasn’t exactly a wake up call for me, in 2018 Cartel related crimes went up +15% from the previous year, and during their 2018 Elections, the Counsel on Foreign Relations reports that Mexico’s Drug Cartels murdered at least 130 Politicians and Candidates. Since 2006, the estimated death toll is roughly 150,000 people.

A recent outbreak of violence occurred in Culiacan, Sinaloa, after the Mexican Government captured Joaquín (El Chapo) Guzmán’s son. The Military was forced to surrender as innocent civilians were being slaughtered in an effort to get the young Guzmán out of custody. This is just a recent example of how the Cartels still have influence over Mexico’s Government, by proxy of either bribe, or carnage. Mexico has roughly 36,000 Federal Police, and in an unknown number there are sources that indicate more than 100,000 Cartel Members, though the number is uncertain.

Mexico has detained over 121,000 members, with only 8,500 of them actually being convicted.

We’ve all at some point heard of the tragedy taking place at our southern boarder, as we go about our everyday lives here in the United States. But these numbers are a great fear for many who live south of the US Boarder. Parents struggling to make an earning fear their children will be enticed by the high risk, yet high paying jobs offered by the cartels, they fear their daughters getting involved with the wrong guy, they worry about their safety as they could turn a corner and witness something cruel, which by the Cartel’s Code, requires the same cruelty to be done to the witness.

From 2006-2012, Mexico’s Government launched an offensive strike against the Cartels, and at its peak in 2011, 27,000 homicides were committed. Mexico’s President Andrés Manuel López Obrador campaigned with promises of taking a bold stand against the Drug Cartels, and last year Mexico saw nearly 35,000 homicides. We can see from this, that every time Mexico’s Government/ Military engages the Cartels, they violently lash out and start killing innocent civilians, causing the Government to yield simply to ease the carnage.

So I wanted to pause and think about my response to POTUS’s tweet. Many would argue, “Syria was a mess, and Iraq and Afghanistan wasn’t exactly a ‘Success,’” but from where we stand now, we can easily perceive that our failing Military efforts was due to our failing past Administrations. Bush got a lot of bad intel and wasn’t the sharpest tool in the shed, and Obama was a complete coward and depleted our Military intentionally.

The mighty force of the US Military can either prevail or withhold depending on leadership, and a majority of Americans can agree that in recent years we have seen a remarkable increase in how effective our Military is. But this is War we are talking about, and it’s never an easy call.

I would appeal to you all, by what this Nation stands for. We have not always been the Country we’ve wanted to be, and America has had its trials and divisions.. but if I were to say, “Do you think America should defend those who cannot defend themselves?” Most of you would reply, “Yes, but within reason.” America’s job is not to Police the entire world, we can almost all agree on this, but Mexico is our neighbor, it’s not some distant dessert found at the other side of vast oceans. I could leave my house now and be in Mexico in less than 2 hours.

Without a doubt I can tell you, the great Men and Women of Mexico DO NOT want the cartels there. We are so quick to scold them for fleeing to our boarders, and while a lot of them do have ill intentions, statistics would prove that a majority of them are looking for a better life for their families. Imagine if you lived in a country where lawlessness abounds, and always having that fear of the criminals who are the only ones who have access to firearms. Now imagine right next door, lives a free and prosperous nation with a military power so great, it could liberate you from your oppressors within a week.

Would you do anything to seek their help?

I’m not here to lecture anyone on immigration.. the delicate relationship between economics and foreign entry, for citizenship is a tedious one. furthermore, it is a relationship more complex than many of us are capable of understanding. But we are Americans, which means.. we understand War. It’s an elementary subject to most of us, having been in or having family members serve this country with integrity and bravery.

America stands for freedom, and liberating those under oppression. Of course you can find shortcomings and areas to criticize us, of course we’ve dropped the ball a few times. Nothing is perfect, but just because nobody is perfect doesn’t mean they’re inelidgable to do what’s good, or that we shouldn’t try to help our neighbor. This isn’t a newfound belief of mine, I’ve been saying US intervention in Mexico is genuinely needed for quite some time now. So I thought long and hard about how to respond to this tweet and the possibility of a Militarized effort against the Drug Cartels, and I guess my response didn’t need much thought, for it is a simple one…

Light the bastards up.

If they lash out in a fit of rage as they usually do, and as they will.. then we will lash out twice as hard. Fools they would be to try to bring the fight on our turf, where they would be met with civilian firepower behind every blade of grass in Eastern California, ARIZONA (stand up!), New Mexico, and Texas.

My fellow Americans, while War may often times be meaningless (and we’ve had our fair share), this is about Justice and Liberation. Such battles can be found throughout the Bible, where Gods people acted under the direction of the Almighty God, to go forth and liberate. So that HIS name would be exalted amongst the Nation.