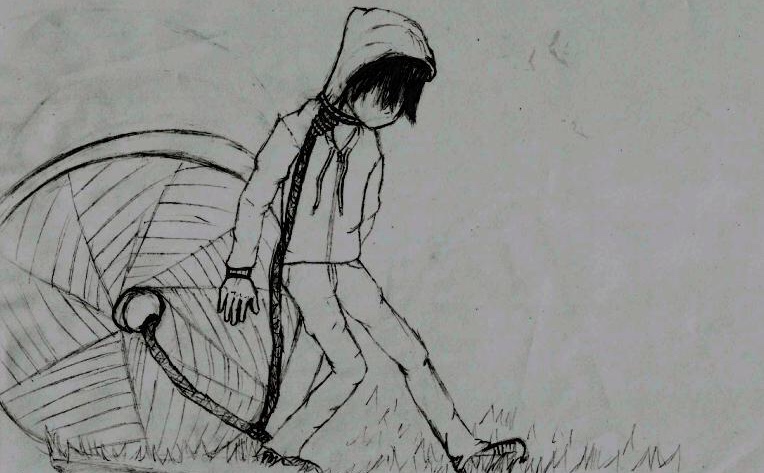 Matthew 18:6 is often referred to as “The Child Molesters Punishment.” The idea comes from the well documented psychological fact that sexually abusing Children throws them off course for the rest of their lives.

Some studies show that upwards of 80% of Child Molesters where, in fact, molested as children. Such studies have been attempted to be performed on women in the Pornography Industry, which found that they were very reluctant to share whether or not they were sexually abused as children, however, in a study of 177 Adult Film Actresses, they found that a majority of them had engaged in sex at an age younger than most.

When a Child goes through such a thing, they grow up trying to avoid the memory, which allows their subconscious to normalize the behavior. This in turn causes a blending in respect to moral values.

But Matthew 18:6 doesn’t explicitly refer to sexual abuse of minors.

“but whoever causes one of these little ones who believe in me to sin, it would be better for him to have a great millstone fastened around his neck and to be drowned in the depth of the sea.”
‭‭(Matthew‬ ‭18:6‬)

One of my favorite teachings from Jesus is found in Matthew Chapters 5-7, “The Sermon on the Mount.” Here, Jesus thoroughly explains the law, saying that if you hate a brother, you’ve already committed murder, and that if you even look at a woman with lust, you’ve committed adultery.

You see.. Jesus was telling us that sin often times manifests in actions, but that the transgression of the law came when you first thought about the act.
While, yes, it is better for a millstone to sink a sex offender to the bottom of the ocean than what the Lord will do to him, the same can be said for bad parenting.

As parents, it’s your duty to train the child up the way they should go. Biblically speaking, using Matthew 18:6, encouraging your child to sin by enabling wrong doing, makes a person just as bad as a sex offender.
We’ve got a lot of parents today who “love their children,” and “would do anything for them.” And they often times, in the pursuit of their happiness, enable them and encourage them toward wrong doing. They buy their 7 year olds “M” rated games and let them watch HBO, planting seeds of violence and lust in their developing brains. Mothers buy revealing clothing for their 11 year old girls because, “it’s cute!” And “all the boys are going to love her!”

It’s wrong, it’s teaching young boys to be violent and to lust after the flesh, it’s teaching young girls to advertise when they’re too young to be in business.
Bad parenting can equally land you a spot in the lake of fire, as well as family friends who also teach children to walk superficial paths of self absorption and recklessness.

I’m 26 years old, and I’m not a parent, so you don’t have to listen to me nor take parental advice from me. However, please do understand that what Jesus said in Matthew 18:6 goes beyond child sex offenders, and should be taken serious by anyone raising a child.

The Bible wasn’t written for everybody else but you, it was given to all of us, equally.