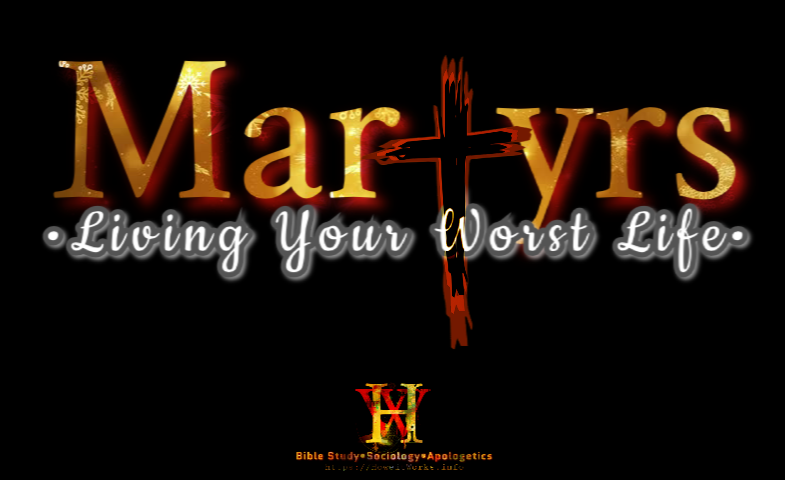 A brother recently said to me, “Ministry is the overflow of our relationship with Christ.” Which really got me thinking, not only about how we can be a delight to other brothers and sisters (or even people on the fence) by edifying and encouraging them, and while that may be the “light of the world,” aspect of ministry, it caused me to pause and reflect on the things Jesus told us about how the children of darkness will view us.

There’s predominantly 2 types of teachers in the church. There are those who encourage others, you know, the “motivational speaker,” type. Then, on the other hand, there the “Doom & Gloomers.” The tough thing when approaching these two styles of preaching, is that in a sense, they’re both right, but utterly unbearable to many. We are called to be salt and light, but I want to put emphasis on the “And.”

The “Doom & Gloomers,” will scare the better half of the hell out of you, leaving us feeling like we are so worthy of God’s wrath that our justification seems like a pipe dream carried off by hurricane speed winds. Yet when we turn to the motivational speakers standing at pulpits, we feel as though we bask in justification, disregarding any purpose for the process of sanctification. There seems to be no “and,” there seems to be only a choice between salt, or light.

When Jesus taught, he didn’t really “beat around the bush,” especially when it came to the rich and the prideful. He told people he didn’t come to cause unity, but to bring division within families. He told a man to go sell all of his possessions lest he be denied entry into his Kingdom. He taught that people would be hated simply for the sake of believing in him. These are things we see even to this day, families excommunicate their “bigoted” relatives, in fear of the light in them exposing the darkness of their lifestyles. People who are living in spiritual misery hate to see growth in others, like the old saying goes, “Misery loves company.”

What’s interesting about the way a follower of Christ should live, is that we find polar opposition when compared to the lives of non-believers. Outwardly, the non-believer appears to be “living their best life, now,” but inwardly, there is complete turmoil. However, in the contrasting lifestyle of the believer you see turmoil outwardly, but there is an abundance of life brewing in their spirit. If you ask a non-believer, “what are you willing to die for,” the likelihood that you’ll hear them name anything outside of their family or personal relationships is slim, but what about a mere belief?

Foxes Book of Martyrs is one of the more gruesome reads I’ve had the pleasure of laying my eyes on. While it explains the torment of the early church, and while it may terrify us when causing a reflection of the persecution to come, it also encourages us in knowing we aren’t alone, that many of our brothers and sisters have gone before us.

Beloved, this article can only reference persecution, but the overall objective here is to talk about this vapid ideology being taught even within the church, of “living your best life, now.” In Romans 8:18, Paul gives us a comparative contrast, when he says, “Yet what we suffer now is nothing compared to the glory he will reveal to us later.” Not only is he mentioning the fact that the church is living their worst life, he’s also stating that the degree of their suffering, is nothing in comparison to the degree of glory which will be revealed to them when their suffering ends, which is the God in all his glory.

There’s no shortage of verses informing us of the reality of persecution. Jesus says, in Matthew 5:10, “Blessed are those who are persecuted for righteousness’ sake, for theirs is the kingdom of heaven.” Paul writes to the Corinthians, in 2 Corinthians 12:10, “For the sake of Christ, then, I am content with weaknesses, insults, hardships, persecutions, and calamities. For when I am weak, then I am strong.” As I had mentioned earlier, Jesus said we will be hated for following him, which is found in John 15:18, where it says, “If the world hates you, know that it has hated me before it hated you.”

By now you may be wondering, “well, those verses are applicable to the early church.. but what about the church today?” It’s important to remember that 2 Timothy 3 is about the last days, in fact, its very specific in regards to the time its speaking of. We all know the beginning portion of the chapter, as it describes the cultural conditions around the world, as well as the conditions of peoples hearts. However, it adds in verse 12, “Indeed, all who desire to live a godly life in Christ Jesus will be persecuted.” If that wasn’t bad enough, not only will mankind reject us, as they rejected Christ, but our enemies in the spiritual realms, too, will be after us at every turn, for we are told in 1 Peter 5:8, “Be sober-minded; be watchful. Your adversary the devil prowls around like a roaring lion, seeking someone to devour.”

While the Bible sets a tone of expectation of persecution, if equally has encouraging verses for perseverance. It reminds us that the coming glory is significantly worth the endurance through trials and tests. The fact of the matter is, the Bible doesn’t tell us we are to live in prosperity and fortune, in fact, it calls us to expect quite the opposite. It tells us that the meek shall inherit the earth. I’ve heard prosperity teachers try to justify their wealth through twisting the context of “Abraham’s Blessing,” and I’ve heard Doom & Gloomers make it sound like everybody except for themselves is headed to hell in a hand basket.

Neither of these things are true, these teachings focus on the condition of the flesh; but what the Bible teaches, is that while on the outside, we will appear to be suffering from an abundance of turmoil, in our spirits is a fountain of life. That very abundance of life is what causes us to endure suffering, because if something was wrong with us spiritually, we would cave to the pressure in an instant, and forfeit all we believe.