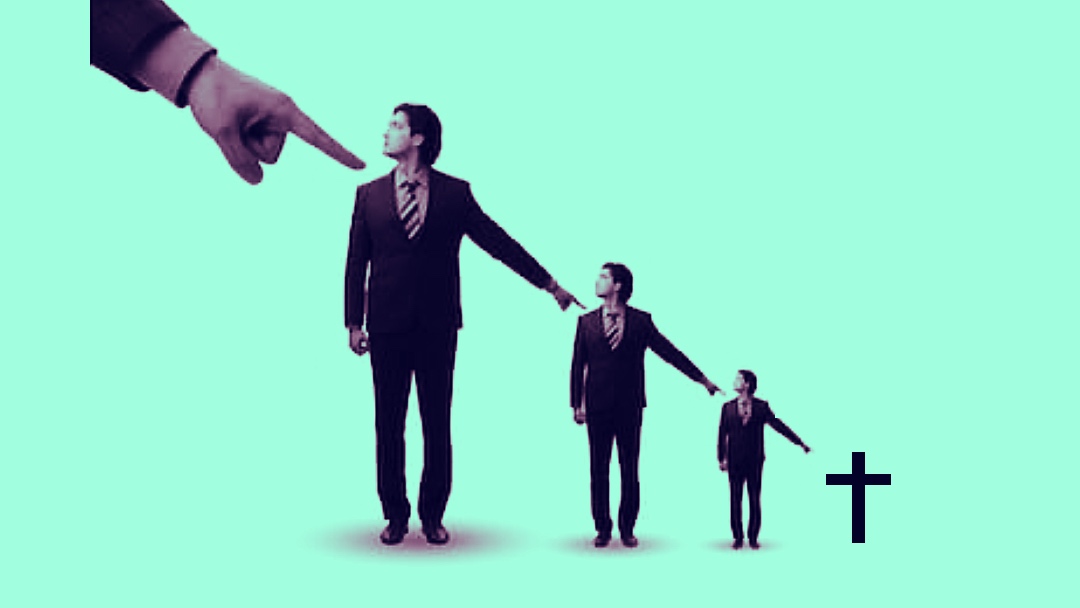 Easter weekend has passed us, and all around the country the Sacrifice that Jesus made on the Cross was dwelling in the hearts & minds of Millions of households. My wife and I sat down and watched The Passion of the Christ, the highest grossing film in History, and made our way through the emotional rollercoaster of the Crucifixion.

Every time we read the story of the crucifixion, something new stands out every time. the Bible was written with an astronomic amount of layers, each one more mysterious than the one above it. As we grow in wisdom and in experience of the Holy Spirit, we could go back to a story we’ve read 100 times, and still realize something new when reading it the 101st time.

I’m watching this film, and it gets to the part where Jesus is nearly scourged to death by the Roman Soldiers. This happened because of a blatant miscommunication between leadership and the soldiers. Pilate wanted to ease the crowds hatred, by having Jesus beaten. So Jesus was taken off with the only orders being “Make it severe, but do not kill him.”

What’s important to remember, is that the Roman’s were occupying Jerusalem (and many other places) at this time, and the Romans did not have any regard for Local Law. It would be like the United States being Ruled by Iran.. We would have a Governor on our soil, and while we may hold true to our laws and ways of life, the Iranian Governor wouldn’t care, or put any effort into upholding US Law. Politically speaking, the Jewish Law was more of a moral code, but not something that was sanctioned by the Roman Authorities.

Pilate was in a bit of a pinch. He was Governing a region that had a history of being enslaved by other Empires, and by this point in Israel’s history, a group known as “The Zealots,” had really taken off. The Temple Guards were like “The National Guard,” and the Zealots were like ‘The Arizona State Militia,” only with significantly less regard for authority. When Pilate was faced with Jesus, he looked at him and saw a potential for a 3rd uprising. He was already having to contain the High Priest along with his Pharisees and Temple Guardsmen, and an underground Militia that was carrying out assassinations on Roman Soldiers.

Romans were cruel in their punishments, but they upheld innocence. They knew that showing kindness to complaisant citizens was essential to maintaining their authority, but when it came to lawbreakers, they went beyond the sanctions of what we might consider to be “humane.”

So Pilate wanted to test the Jews who were demanding he execute Jesus, his objectives were political, “Prevent an uprising.”

He sent Jesus to be beaten, the severity was so intense that it Brough Jesus within an inch of His life. Imagine you get recruited into the Military, and you’re assigned to a position which torments criminals. Day one is probably going to be pretty hard to explain to your wife when you get home. Day 2.. 3.. 4, go by. All of a sudden, it’s 20 years later. 20 years of beating people, and causing their blood to spill. 20 years of sitting in traffic on the way home, trying to justify how you could do that to another person.

Desensitization creeps in, and you don’t care anymore. Then, they bring you Jesus, an innocent man. They don’t tell you what his crime was, they just say “Do your job.”

Completely rhetorical question, but do you remember your “First time?” Maybe it was the first time you saw something shocking as a kid, a scene depicting violence, or pornographic content. Maybe it was the first time you smoked something you shouldn’t have or popped a pill you should have walked away from. It’s funny what happens in that moment.. our flesh is fascinated, but our spirit feels shame.

Such is, sin. For whatever unholy reason, our flesh is naturally inclined towards it, but our spirit disagrees with it. This always, with every person, creates a crossroad in their life as to who they are going to be.

I’m watching the scene of Jesus being beaten, and I feel rage building in me. “Somebody stop this,” I say to myself. I keep getting more and more angry until I feel a small reminder from the Holy Spirit.. a reminder that wasn’t meant to condemn, but to remind.

See, we can get mad at Caiaphas and the Roman soldiers till the cows come home and the Lord returns, but I realized that I needed to stop looking at the Romans faces as they took joy in beating my King. No, instead, I looked at the whip. I looked at the spit in Jesus’s face. I looked at the crown of thorns, at the cross and at the nails.

Over and over, people make choices give death a tighter grip on their life. What’s something you think may be hurting you or those around you? What in your life do you look at, and say, “this doesn’t belong here..” The first step of letting go of something, is to give it to the Lord, and admit you’re powerless over it. Jesus didn’t die so we could be given the strength to cut the bad fruit off the tree, He died so we could be given Freedom from the bad fruit. His repetitive beating was to break the repetition of our habits, insecurities, and the continuous foothold we give the enemy in our life.

But isn’t that the mystery? That we are the whip, the cross and the nails, but Jesus looks at us and says “You are my Body.” His resurrection unto glory, left with us a Body that is meant to do great things. All this to say: Yes, we crucified Christ, but we were also resurrected with Him. This is what Jesus meant when He said, “I have not come to condemn the world, but to save it.”