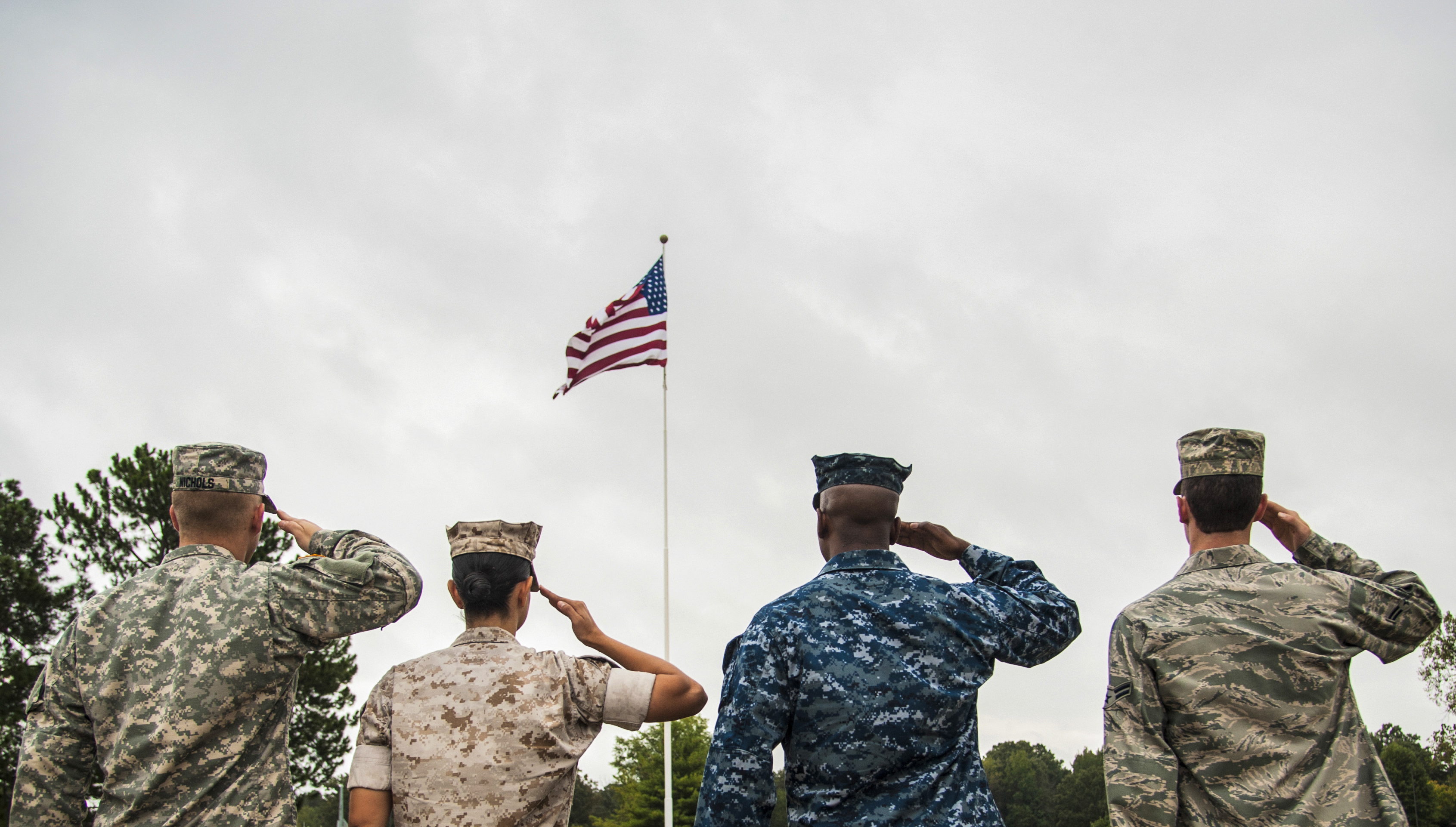 I want to start by saying, I am not currently, nor have I ever been, in the US Military. Therefore, take this with a grain of salt, knowing that I may not possess all the knowledge required to have an informed opinion on this matter.

In February of 2018, President Donald J. Trump suggested he was reviewing Policies that would allow Firearms to be carried on Military Bases. As it stands now, Military Bases are Gun-Free Zones.

You’ve all probably heard the old argument, coming from the mild gun-control advocates (those not completely indulged in the belief that firearms should be fully illegal), that “only people with the proper training should be allowed to carry a firearm.”

It’s really not a bad opinion, and with it, usually, comes a caveat that leaves home defense out of the picture. Nonetheless, I think most of us would agree that at least a little bit of practice should be essential to owning a gun.
Which is why I’ve scratched by head over this issue of Military Bases being Gun-Free zones, since learning of it.

With the recent incident regarding the Naval Air Station in Pensacola, FL. I think it might be a good time to re-examine the Policy which strips highly qualified personnel of their Firearm in order to step foot on Base.
I fail to understand how we could think even a Military Base, a stronghold on US Soil, could ever be fully protected from the grim reality of violence.

The Earth has been at peace for something like 8% of recorded History. Cain slew his brother Abel with a stone. In Judges chapter 19, a group of men from the Tribe of Benjamin gangraped a Levites concubine until she was dead. The other Tribes of Israel launched an assault on Benjamin, nearly obliterating the Tribe, leaving only about 600 survivors who fled into the wilderness.

I could go on and on regarding the grim essence which dwells within human nature, but I suffer not that I tarry from statistical analysts who find that Firearms prevent anywhere between 800,000-2million crimes every year.
When a Nation is first formed, for all of human history, one of the first things they do is create ways to defend themselves. Even when we look at Nehemiah, and his endeavor to rebuild Jerusalem, we commonly think the first thing he and his men did, was begin building the wall around the city. In reality, before Nehemiah could even start building the wall, King Artaxerxes sent armed Officers of the Army and Horsemen with Nehemiah.

Weapons don’t cause violence, they’re just an effective way of carrying out violent acts. To even think feasible a means to eliminate weaponry is mere folly. As long as a person with a murderous heart has even a stone to strike his victims with, he will carry out his heinous crimes. Which is precisely why Firearms should not only be put in the hands over every capable citizen, but also its is why we as Americans need to revisit these Gun-Free Zones.

Above all, revisit the idea of Military Bases being Gun-Free Zones. The people who step foot on those Bases are more highly qualified to carry a Firearm than any of you reading this, and evermore so qualified than myself. We should always regard the safety of US Troops as top priority, especially while here on US Soil. The amount of deranged, mentally ill, America-hating radicals we have living among us is sobering. They seek to demoralize our Nation, and plot to inflict devastating blows to our Constitutional Republic.

These people are allied with Satan himself.

POTUS had a good point when he said, “If we can’t have our military holding guns, it’s pretty bad.” A military denounces its very title when it disarms itself. Of course, I know many are thinking, “what about MP’s? Don’t they stand guard at the gates?” ..What? All 2 of them? I live probably 20 minutes from Luke AFB in Phoenix Arizona, and in all due respect, the amount of MP’s standing guard could be cleared with a single magazine fed through the 9mm of a well trained marksman. Inside the base are F-16’s, F-35’s, and fleets of fighter jets costing billions of dollars, let alone the hundreds of US Troops, past and present, walking on Base.

Again, I want to clarify.. I am not, nor have I ever been, in the Military. However, from my limited, civilian understanding.. having the most capable among us, stripped of their ability to defend themselves, on US Soil, makes them a solid target for anyone who seeks to humiliate the best men and women America has to offer.

And we just saw it in Pensacola, FL. at the Naval Air Station. We saw it in Fort Hood (twice: 2009 & 2014), and we saw it in Washington Naval Shipyard (D.C.).
Having armed guards on the perimeter isn’t enough. You have to have them on the inside. Japan refused to invade the mainland in WWII because, “They were not going to attack an armed and and trained civilian population that kept these arms in their homes. There would be a gun behind every blade of grass.” (Paraphrased)

As long as evil exist, it is the duty of good men to arm themselves and protect those who cannot defend themselves. “For there is no greater love, than for a man to lay down his life for his friends.”