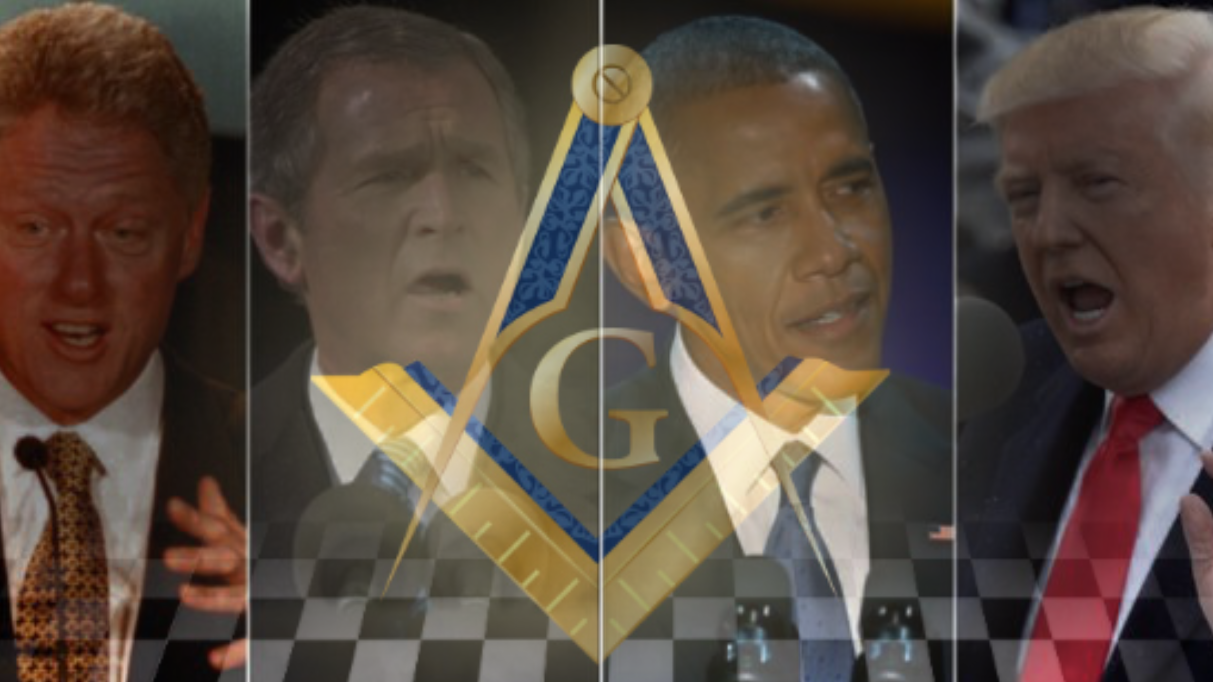 There’s a lot of speculation and arguments going around the Church about if President Donald Trump is even a Christian or not, or even worse, if he’s a Freemason.
Here’s something you need to know about Freemasonry, there are hundreds of sects. Some sects, such as the York Rite, are made up of numerous organizations. The York Rite alone is broken up into 3 organizations.
There’s quite a few of them: The Ancient and Accepted Scottish Rite, the French Rite, the Swedish Rite, and there’s affiliated bodies such as Shriners International, the Royal Order of Jesters, Mystic Order of Veiled Prophets of the Enchanted Realm, the list goes on and on. But, I digress.

Do we think the Church is the only one participating in the Royal Rumble? “Nation will rise against nation, and kingdom against kingdom.” Masonry is no different, finding itself very much so at each others throats. I’m all for the fact that there is an elitist ruling class that wants to enslave and rule mankind, but I also know that they are fighting with each other about who gets to rule.

See, that’s the problem with elitism at this moment in history. The circle is so large and they’re all shouting over the table at one another about who gets to be king. Should we be surprised? Isn’t that what happens when a bunch of oppressors work to enslave people outside of a monarchical system?
Even now, we can agree that there are multiple “Royal” bloodlines, all wanting to rule the people. But these people are narcissists, you have to be a narcissist in order to covet complete control over society.

“Is Donald Trump involved with Masonry?” Well let’s be a bit more specific as to what it is we’re talking about. The rational question is, “Is Donald Trump associated with a sect of Freemasonry?”
“Why is any of that relevant,” you may be asking. “Regardless of sect, he’s a mason! Thats all I need to know!” Well, let me reiterate that these people are fighting with each other. All of them having different ideas regarding the system of domination they see best fit.

Elitists aren’t stupid. People have guns, they have been fed Hollywood violence through the music industry, video games, movies & television, all the while God has been missing from our public school systems. These games and movies tell stories of unlikely heroes rising up and reclaiming power. That’s why people love these products of Hollywood, because they can relate to the characters, wanting themselves to be courageous and to rise up against all odds to make an impact. People inherently hunger to either be the hero, or to support the hero, this is why the same reoccurring theme is found through the entertainment industry, because it’s what sells.

Again, Elitists aren’t stupid. Knowing this hunger resides in all people finding themselves under oppression, they know they can’t just stand before mankind and say, “Hi, we own you now, hope you’re cool with that!” And flash us a thumbs up and a smile. They know there has to be a way to get people to surrender their freedoms, and turn themselves over to a life of slavery and oppression.
With how many elitists there are, equally there are as many ideas on how control is best gained. The degree of their oppression, and the density of their iron fist, is directly correlated to what they can convince you, and the subjective reality they can get you to believe you built yourself, by arriving at your own conclusions.

Alright, I get it.. This is getting a little dark. And for those who don’t even believe in an Elitist Ruling Class, I may be speaking a foreign language, or I just sound utterly insane. Now, I’m not a prophet, but it would profit you to know that people mocked the Prophet Isaiah, saying “Why haven’t you’re predictions come to pass?” Point being, I’m not concerned about people listening to this, patting me on the back, saying “you’re totally right!” Rather, I’d have people look back on what they heard here, and say, “You know, that Nathaniel guy may have been onto something.” Which is why I speak on various topics which can be found edifying, apart from topics such as these. Because when people come to understand the darker things I spoke on, they’ll remember the edifying things too, and take them into account. But I want to get back on topic here, and continue where I was going with this.

So I’ve talked a little bit now about the elitists arguing about who gets to rule mankind, and what’s the best way of doing so. As they get closer to the main event, they’re now arguing with each other, just as they have the people arguing with each other. “Is Donald Trump associated with a sect of Freemasonry?” He could be, he might be. But I want to put the real answer off until the end of what you’re hearing.

Essential to establishing the answer to the question, are a few Kings in the Bible I want to talk about, both good and bad. And you’ll be surprised as to what we can extract by looking at the historical events which took place in the Bible.

Let’s start with Israels first King, King Saul. Might I remind you that Saul lacked faith, and ultimately was rejected by God from the kingship. But he was a mighty warrior, and did great things for Israel, even though he tried to kill David. Saul was arrogant, and also paranoid. In no way was he a Godly king, yet he established Israel and took it to great lengths, and led it into many successful battles.
Next we have Ahab, more so known for his marriage to Jezebel, Ahab was a pretty bad apple, but in many ways he was also an effective ruler. In 1 Kings 20, he wins a great victory over the Syrians who were a dominant force in the region.

But then, let’s look at Hezekiah. King Hezekiah was a devout man of God, prayerful, and very humble. Hezekiah enacted religious reforms, including a strict mandate for the sole worship of YHWH and prohibiting the veneration of other deities in the temples. But Hezekiah made the foolish mistake of showing his treasures to the regional powerhouse at the time, the Babylonians. Isaiah told him, in 2 Kings 20:16, that because of this error, a time would soon come where all the treasure his fathers had stored up, would be plundered by the Babylonians.

When you look at the lives of these kings, you’ll notice some very bad kings ended up doing great things, and that very good kings ended up doing very stupid things. David succumbed to adultery, Solomon began to make offerings to other gods due to being enticed by his many wives. But it was the King of Persia, Artaxerxes, a pagan king, who allowed Nehemiah to return to Jerusalem to build the wall and ultimately begin rebuilding the city.

Brothers and Sisters, what we need to look for in a leader is not his devotion to God. We need to analyze the soil he provides for potential growth. Especially now, in 2019, when titles really only mean a thing in the work force. Anybody can stand on a platform and claim to be a christian. But what soil do they offer to the country? Do they fight for the narrative that abortion is correlated to healthcare and women rights? Or do they cut off Baal’s food supply. Do they leave churches alone to spread the good news, or do they use the ACLU as a militant arm against the body of christ?

Are we so foolish to look at the historical events in the Bible, and then turn around and say God doesn’t use the ungodly to further his cause and preserve his promises?

The ruling class elite are fighting with each other, and they will continue to fight until God says it’s time for the man of lawlessness to rise to power.
The question isn’t “Is Donald Trump associated with a sect of Freemasonry?” He might be, but the important question is, does the sitting president produce a soil in this country which allows Christians to continue to do Gods work and achieve his will on earth.

Just something to think about.