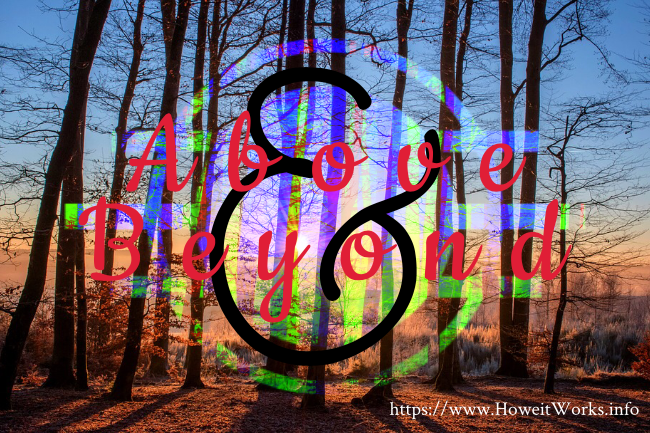 How simple we must be in comparison to our Lord, to think we know what is best for us. Over 2 years ago, I walked to the side of a warehouse building in Auburn, WA, I had been feeling for sometime, as though I wasn’t doing much for the Lord. My prayer was short and simple, “God, give me a job.”
Though Iʼm giving a personal example, I donʼt want to lead anyone to believe this is about me. What I want for you, is to relate to it in your own way, that you might bounce a few ideas around about how to go about your servitude to the Lord.

“God, Give me a job.” Now, you might not think much of it, but this alone may trigger a landslide which leaves you thinking you bit off a bit more than you can chew. God knows more about you than you know about yourself. He knows just how youʼll react to every situation. We say “I would do this or that if I were in that situation,” But the Lord knows what you would do. Itʼs not God whoʼs learning things about us, itʼs us who are figuring things out. Knowing this fundamental truth of our existence, should we then say “God give me this job or that job!”

Now, I donʼt mean to squander your dreams or aspirations. I know some of us want to be famous Christian Musicians, or the next Billy Graham, but there may be a task already set for you, and all the Lord is waiting for, is for your heart to be willing. You see, God isnʼt going to force you into a task. Heʼs not going to grab you by the throat and say “Do this,” because thatʼs the minutes servitude becomes slavery. Sure, I am aware Paul considered himself a “slave of Jesus Christ,” but heʼs not talking about slavery in the sense of whips and chains, but exclusive ownership, for as Paul says in 1 Corinthians 6:19-20, “You have been bought with a price, you are not your own.”

If we are not our own, then why would we specify to God which jobs we want to do, and turn from the jobs we donʼt want to do. Is that servitude? Are we to say, “Sorry Lord, but that task is yucky, you got anything else you need done? Anything but that!” All that Iʼve covered so far is simply the beginning of submission and servitude to the Lord. By now you may have asked, “what does this have to do with going above & beyond, like the click bait style title would suggest?” I want to show you a verse, specifically Ephesians 3:20.,

“Now all glory to God, who is able, through his mighty power at work within us, to accomplish infinitely more than we might ask or think.” [Ephesians 3:20]

Some keywords here; ‘at work,ʼ ‘within us,ʼ ‘accomplish infinitely more,ʼ ‘we might ask or think.ʼ When God does a work within someone, itʼs so that he may do a work through someone. What craftsman do you know that creates something to put it in storage? What clay is shaped to be useless? Creating a work of art simply for admiration is a human concept. But our Lord didn’t die on the cross for you to be useless, he doesn’t give us a new spirit and renew our hearts to be hung on a wall that he may enjoy his work as it does nothing but reflect his greatness, as a painter does. Our Lord was a craftsman, creating things for use, not a painter who made art for mere admiration.

Mother Teresa never aimed to be Mother Teresa, Billy Graham never aimed to be Billy Graham. They simply said, “God, give me a job.” Mother Teresa took up the tasks that most people would consider insignificant, she was given the task of caring for the least of these. He Missionaries of Charity were devoted to the sick, homeless, and helpless. Yet she became a symbol of what many in Catholicism would consider a saint, All by doing a work that the world would render meaningless, helping those who could never repay you. This is even a common misconception in modern ministries, many of them are more worried about business strategies than they are helping anyone who is helpless. They have the tendency to ignore those who canʼt repay them, or the people who arenʼt beneficial to their business. Yet, hereʼs this woman, whoʼs primary focus was people who couldnʼt help her ministry become worldwide and well respected, but because God has the power to do infinitely more than we may think or ask for, this was the very result of her ministry.

The Lord will do more with a willing heart and hands that are willing to get a little dirty, and his word tells us that he will go above & beyond your expectations, “to accomplish more than we might ask or think.” This is even made prevalent in the life of David, a shepherd boy who believed in the Lords promises. Being faithful to God, and being willing to do his work whatever the task may be, are the very essence of servitude. What youʼre reading here is an extension of my piece, “Peasant to Patron,” which emphasizes the importance of servitude, and I hope what youʼve heard here may give you some encouragement. The point is, sometimes the first job God gives us feels like a dead end job, but itʼs more of an entry level position. There is room for growth, thereʼs promotions, benefits, and challenges all along the way. But youʼve got to be willing to get your hands dirty. Youʼll have to take on a few tasks that you may not be very fond of, but you canʼt be a Vice President, until youʼve done some time as a janitor, and it doesnʼt mean youʼll be a janitor forever. Youʼve just got to be willing.